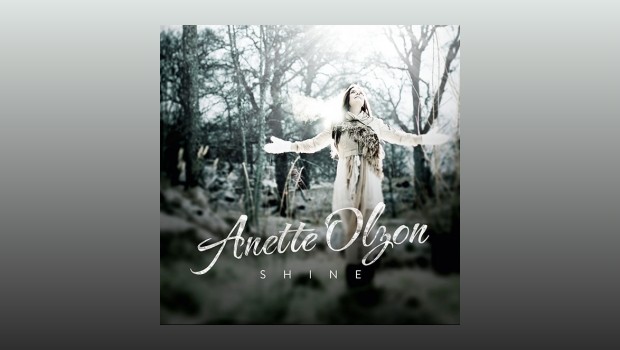 Anette was the front woman of Finnish symphonic-metal superstars Nightwish for five years before having to leave the band in late 2012.

“Shine” has been produced by some of the most successful teams in rock and pop in Scandinavia: the producer Stefan Örn (songwriter and producer of the 2011 Eurovision Song Contest winning track ‘Running Scared’), Johan Glössner and co-produced by Anette Olzon and Johan Kronlund. The album was mixed by Kronlund, Nicklas Flykt and Ronny Lahti (known for his work with Loreen and Roxette).

“I am so thrilled to finally release my first solo album,” says Anette. “I’ve been working on it for a long time by now… The album is very personal with songs I have started writing already in 2009 but also very recent songs. The overall message of the album is that life can be really dark and filled with hardship and sadness, but you can always choose to see some light coming through, to make you stronger and full of life – making you SHINE… no matter what.”