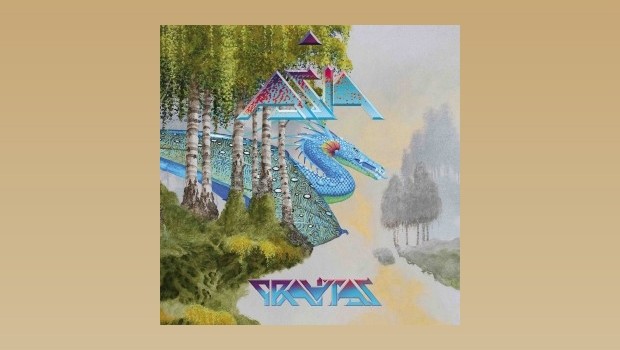 Asia have revealed the artwork and track listing for their upcoming studio album, Gravitas, scheduled for release on Frontiers Records on 21st March (Europe) and 25th March (USA). The album was written and produced by John Wetton and Geoff Downes and will be the band’s first release with guitarist, Sam Coulson.

The album will be available in two formats, with a standard CD and a Deluxe Edition. The latter will include two bonus tracks and a DVD containing the Valkyrie video, footage of live Asia tracks recorded with the Plovdiv Philharmonic Orchestra in Bulgaria and promo material film…

Commenting on the Gravitas album:

“With the addition of Sam it allowed us to take the band in a slightly different, and perhaps tougher, direction.” says Carl Palmer. “He brings a different feel to ASIA with his guitar work. As a band we have been able to grow, while at the same time, remain true to the classic ASIA sound that our fans know and love.”

“As with any new Asia album, putting it all together presents something of a challenge,” says Downes. “ In the case of Gravitas, it’s fair to say everyone involved rose way above and beyond this challenge. We sincerely hope you like the result.”

Asia embark on a world tour starting in June, including – UK, Europe, USA, Canada and Japan.