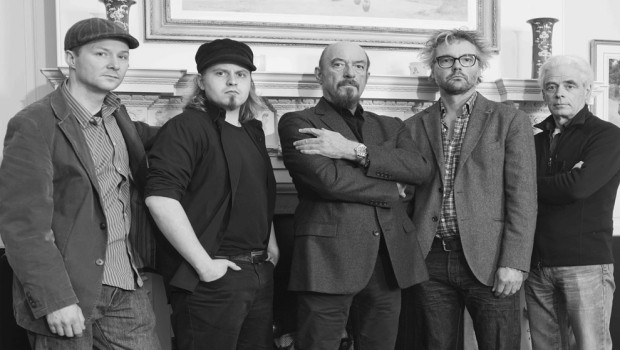 Yesterday, Friday 31st January, Ian Anderson announced the release of a new studio album, Homo Erraticus, which will be released through Calliandra Records and in conjunction with Kscope on 14th April 2014. Following is part of the press release (for the full press release please click HERE)…

“In 1972 Jethro Tull released iconic concept album Thick As A Brick, based on a poem by child prodigy Gerald Bostock; in 2012, as fans wondered what happened to Bostock, Ian Anderson explored the different paths his life might have taken in Thick As A Brick 2. With Homo Erraticus enfant prodigy Gerald is back for real.

Following a 40 years’ political career, Bostock reunited with Anderson taking the role of tour manager on a string of shows. ‘Homo Erraticus’ marks his return to songwriting, and it’s based on an unpublished manuscript by amateur historian Ernest T. Parritt (1865-1928).

In Homo Erraticus Parritt examines key events of British history with a string of prophecies stretching to the current day and the future; visions of past lives caused by the delirium of malaria generate the characters through whose eyes the stories are told, including a nomadic Neolithic settler, an iron Age blacksmith, a Christian monk, a turnpike innkeeper and even Prince Albert.

The album release will be followed by an extensive UK tour, where Homo Erraticus will be performed in its entirety followed by a selection of Tull classics updated with video and theatrics.”

For the complete UK tour dates, including venue links – please visit the TPA UK Prog GigGuide for all the dates…