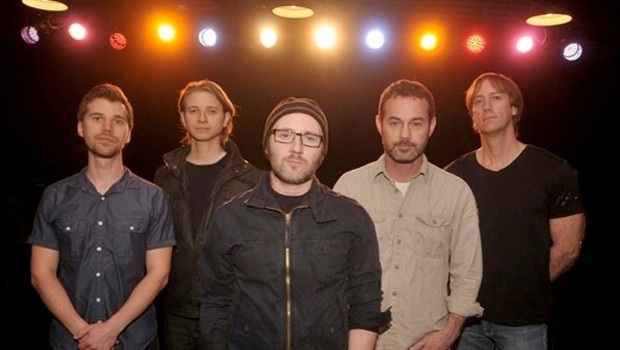 Updated on 29/01/14: We reported earlier this month that Sound Of Contact and Dave Kerzener had parted ways. Today comes the announcement that Enchant keys man Bill Jenkins will join the band for the forthcoming shows…

Sound Of Contact are delighted to announce that Bill Jenkins will join Simon Collins, Matt Dorsey, Randy McStine and Ronen Gordon for their forthcoming Moody Blues Cruise / Cruise To The Edge and RoSFest appearances this Spring.

The renowned keyboard player is a member of the band Enchant, performing on their 2003 ‘Tug of War’ and 2004’s ‘Live at Last’ albums, both released by Inside Out. Bill also recently appeared on the 2013 Thought Chamber debut entitled ‘Psykerion’ and stepped in to perform with Spocks Beard at their shows in San Diego and Los Angeles last August.

“We are thrilled to have Bill with us for our up-coming live dates” Simon Collins was quoted as saying, adding “He came very highly recommended to Sound Of Contact and his talent was obvious to all when we first ran through the material.” “The band is sounding fantastic in rehearsals and we are all excited to be out performing live for our fans once again in the coming months.”

Bill Jenkins added “I’m very excited for this opportunity to play these upcoming shows with Sound of Contact – a great group of guys and awesome music!”

You can catch Sound Of Contact performing live April 2nd – 7th on the Moody Blues Cruise, April 7th – 12th on Cruise To The Edge and May 3rd at RoSFest.

To all of our fans & friends across the world, we have some very important news to share with you all.

Simon, Matt and Dave have decided to part ways musically.

Simon and Matt will carry on as Sound of Contact while Dave will be focusing on his company Sonic Reality and his own music projects.

Simon, Matt and Dave want to assure fans that this is an amicable split and, while there is still the possibility of future collaboration between them, Sound of Contact will continue and be performing this year with a new line up.

It’s going to be an exciting new year and we all appreciate your ongoing love and support!

SOC and the Lightyears team.