Sonar are set to release Static Motion, their first album on the Cuneiform Records label, next Tuesday – 21st January 2014. The Swiss experimental rockers sound is described as a crafted “intricate sound world in which mystery meets power”. 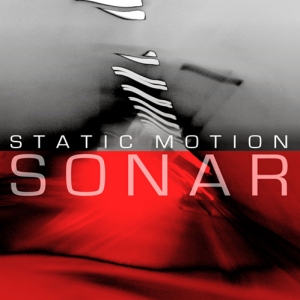 “Sonar is a progressive, post-minimal band from Switzerland. Their name stands for SONic ARchitecture, a name which alludes to their intention of creating polymetric and highly structured avant-rock. Static Motion is their second full-length release, and their first release outside of Switzerland.”

“Fusing a rigorous minimal esthetic with the power of a rock band, every note and rhythm is precisely composed and performed, all of which are designed to move you from one rhythmic and / or harmonic tension to the next. Sonar is the last word in a rock band that works by building their music out of blocks consisting of slowly rising and unfolding musical tension and relief. While you can hear elements of Sonar’s sound in ensembles such as Glenn Branca, King Crimson, Pharaoh Overlord, Present, etc, ultimately, no one else sounds like this and Static Motion is a powerful and extraordinary listen!”

“Sonar’s music is always played live without any sequencers, loops or computers, using a minimum amount of equipment: 2 guitars, a bass guitar, 3 small amplifiers und a basic drum kit. Nearly effect-free (with just a touch of reverb and tremolo allowed), the band does this to keep the music as clear, direct and immediate as possible. Sonar does not consider itself or operate as a collection of soloists; rather, their efforts are oriented towards collective efforts making the music more than the sum of the individual parts of the players.”