Norwegian based Gazpacho have revealed the artwork for their forthcoming album, Demon and a series of short European tour dates.

“I am very happy to announce that the new Gazpacho album “Demon” is mastered and sounds fantastic. After having listened to it in its entirety I was overjoyed. It turned out exactly the way we had hoped. It is definitely the most “difficult” gazpacho album, and certainly needs to grow on you but no one has ever made an album quite like this and I am very proud. Can’t wait for you all to hear it! If you’d like a preview I know that parts of it will be played in the kscope podcast 42 which is out early next week so be sure to check that out if you’d like to have a sneak listen. We all like to shake the presents under the tree right? “

Please note that we believe this should read Kscope Podcast 47 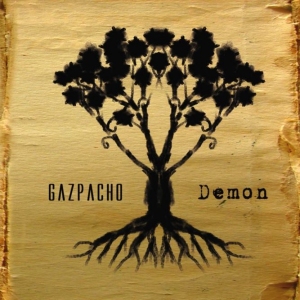 “The concept is about this mysterious man who believes he has discovered the hand of an unknown evil force that moves and influences history and Antonios artwork perfectly balances between the idea that the man was right, or just crazy. Much like some you might be wondering about us i imagine.”