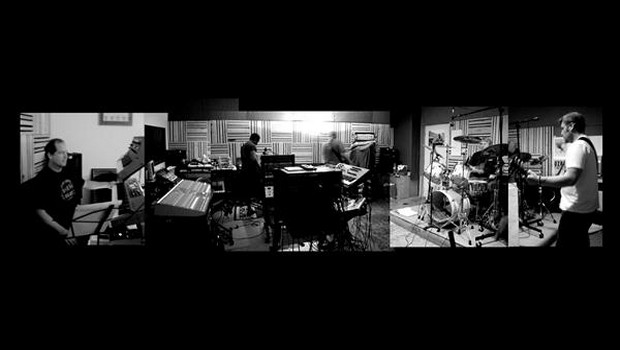 We reported back in October 2013 that Djam Karet were making plans to celebrate their 30th year in 2014.  At that time the band were in the final stages of recording their 17th studio album and the follow up to 2013’s The Trip. The new album, Regenerator 3017 will be released in February 2014 – ahead of this the band have posted this little taster…

And more music can be expected from the band during 2014: “The 30th Anniversary of Djam Karet (2014) will be surrounded by a series of 2 CD set Re-issues of most of our out of print CD titles that will include bonus tracks and remastering as well as the release of the new studio album.”