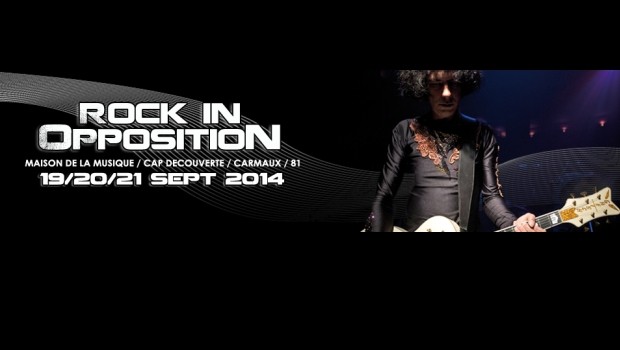 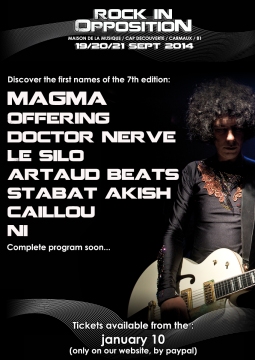 For the seventh edition of the Rock In Opposition Festival (2014), eight bands have been announced, with Magma making a welcome return. Other acts for next year’s event, held between 19/20/21 September, in Carmaux (France) are: Offering, Doctor Nerve, Le Silo, Artaud Beats, Stabat Akish, Caillou and Ni.

Full programme details will be announced shortly and throughout 2014 – and ticket go on sale on 10 January 2014.