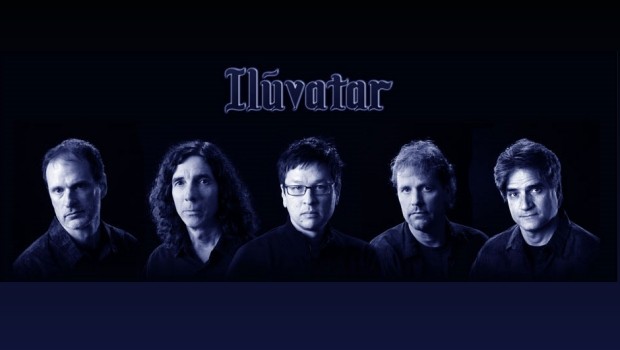 10T Records is thrilled to announce the signing of ILUVATAR to its roster of artists. The Baltimore, MD-based band return in 2014 with “From the Silence,” their first album of all-new material in over a decade! Featuring all of the signature elements that fans expect, this new release proves that Iluvatar have lost none of the epic grandeur that made them a modern prog legend.

Also in 2014, the entire long out-of-print Iluvatar back catalog will be available again in newly re-mastered formats. “Iluvatar,” “Children,” “Sideshow,” and “A Story Two Days Wide” have been re-mastered by producer Jeff Hodges (Man on Fire, FROMUZ, Farpoint, Shadow Circus), who is mastering “From the Silence” as well.

Iluvatar first grew to prominence in the progressive rock renaissance of the early nineties, which led to them gaining a worldwide reputation for their dynamic take on melodic symphonic progressive rock. In addition to numerous headlining shows, Iluvatar have played before progressive rock fans at both ProgScape 94 and 96 in Baltimore, one of New York City’s ProgNights in 96, ProgDay 96 in North Carolina, and ProgEast in Quebec Canada. They played to packed theaters in Buenos Aires, Argentina in September 1997, and performed in Mexicali Mexico at BajaProg 98, NEARfest 2000 in Bethlehem, Pennsylvania, and RosFest 2009 in Philadelphia, PA.

“We are pleased and excited to be a part of the 10T Records family of artists,” says Dean Morekas. “10T provides us with support and cutting edge distribution, unlike most conventional labels. After all this time, we are anxious to return to the progressive scene, enthusiastically partnered with 10T!”

“I have been a fan of Iluvatar since buying their first 2 CDs online back in the 90s,” says 10T Records president, Steve Carroll. “I couldn’t be more excited to have a hand in bringing their new material to fans, and to be able to make their amazing back catalog available again is really a highlight for 10T.”

“From the Silence” by Iluvatar, and the band’s back catalog, are targeted for release in the first quarter of 2014. Keep an eye on the 10T Records website for further updates.