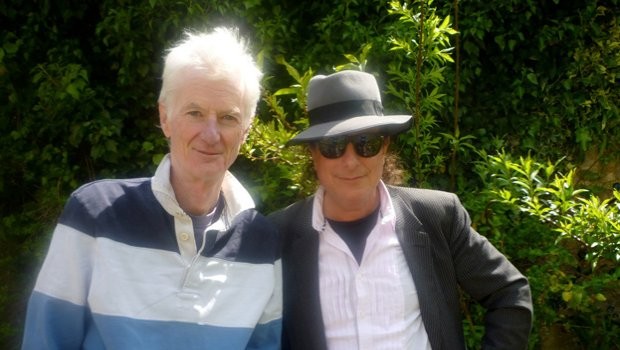 Back in August Peter Hammill made a brief reference on the Sofa Sound website to a new collaborative album with Gary Lucas. Late yesterday Esoteric Antenna posted an album update on their Facebook page…

“Esoteric Antenna are pleased to announce the release of the eagerly awaited new studio collaborative album by PETER HAMMILL & GARY LUCAS.  “Other World”  is released on February 3rd 2014

Peter Hammill’s work, both as a solo artist and as part of Van Der Graaf Generator, is legendary, whilst Gary Lucas has worked closely with many great artists and vocalists, including Don Van Vliet (Captain Beefheart) and Jeff Buckley.

Described by Peter as “something quite strange, but strangely powerful”, all the music on “Other World” has been created using nothing more than guitars and Hammill’s unique vocals. Songs and other worldly instrumental tracks create a sonic atmosphere that is unique and spellbinding.

A stunning work, “Other World” is certain to be one of the most unique and atmospheric albums of 2014.”