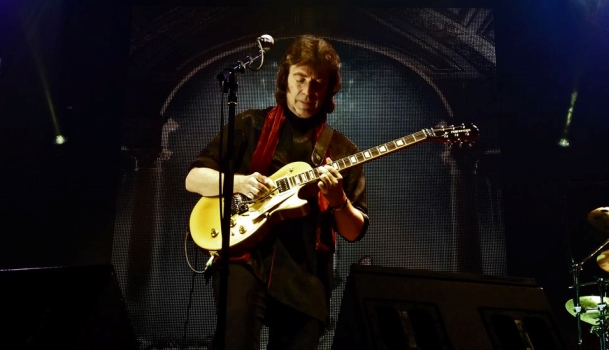 Having recently completed a hugely successful UK Tour, Steve Hackett is quick to announce that they will be doing the same thing next year.

“And the guitarist says his Genesis Extended tour will present the last opportunity to see him performing a set consisting entirely of Genesis music.

He explains: “Due to the success of the Genesis Revisited shows, in 2014 we’re extending both the dates and the concept.

“We’ll launch into a full Genesis set with favourites from this year such as The Musical Box, Dancing With The Moonlit Knight and Supper’s Ready, along with the addition of other classics which are often requested and the audiences deserve to hear. I’m really excited about this!”

His live band is once again set to include Roger King, Gary O’Toole, Rob Townsend, Lee Pomeroy and Nad Sylvan.”