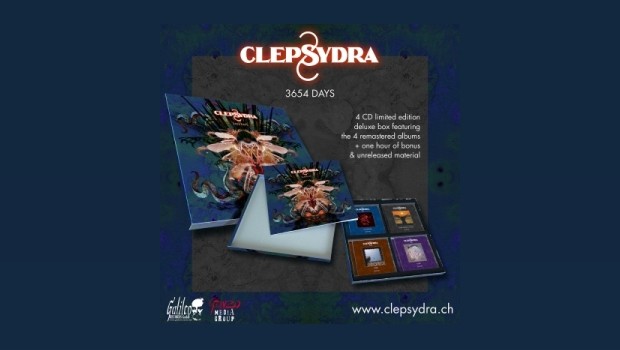 Clepsydra boxset due in January

Swiss progressive rockers Clepsydra will be releasing a limited edition, four disc box set through Galileo Records (and distribution by Gonzo Multimedia) in January 2014. The set will contain: Hologram (1991), More Grains Of Sand (1994), Fears (1997) and Alone (2001) – along with previously unreleased bonus material.

The set will also contain a 12″ x 12″ book with rare photos and the history of the band will also be included.

The box set will be a limited run of 1000 copies and will contain a certificate of authenticity, hand signed by all the band members. The brilliant artwork is done by Mark Wilkinson, who is best known for his work with Iron Maiden, Judas Priest and Marillion.