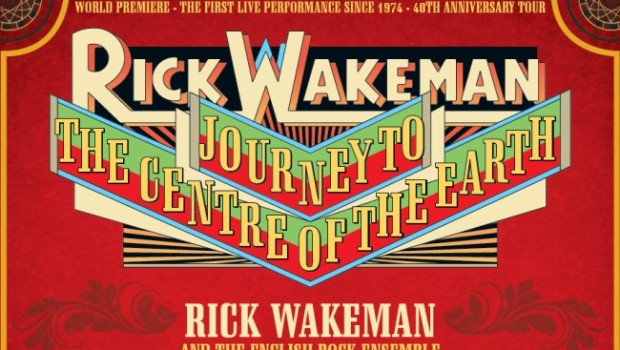 Rick Wakeman has added more dates to next year’s Journey To The Centre Of The Earth ~ 40th Anniversary Tour, which not only marks 40 years since the release of the original album but also coincides with the 150 year anniversary of Jules Verne’s classic novel…

Celebrating the 40th anniversary of the release of his landmark concept album, Rick Wakeman extends the Journey To The Centre Of The Earth 2014 tour.

Based on the novel by Jules Verne, which will also mark its 150th anniversary in 2014, the album is one of the rock era’s landmark achievements – a record that sold 15 million copies and rewrote the rules.

Rick Wakeman and The New World Symphony Orchestra, accompanied by The English Chamber Choir and the English Rock Ensemble, will celebrate this anniversary with a state of the art, dramatic, live presentation of this epochal, classical-rock crossover work. The ‘Journey To The Centre Of The Earth’ tour has already grown from 5 to 7 dates and now, due to popular demand, embarks on an expanded Journey around the UK with 14 shows.

“This is the start of a new Journey,” says Rick Wakeman, “the original score for the album had been lost for so many years, making any new performances impossible. but after it turned up without warning , we managed to restore it and add previously missing music that was not included in the original performances. It has taken another half decade to develop it into this tour, but I can’t wait to take Jules Verne’s magnificent story on tour again.”

Presented in 2 parts, the first half will be Rick, alone on stage, telling the story of the original album – from the inspiration to the many trials and tribulations that made the record and world tour almost as challenging as the great adventure the story depicts. Based on his acclaimed Edinburgh Festival show this year, Rick and his piano bring the often hilarious and unlikely tale to life in his own irrepressible style.

Then, the second half will relive the thrill for the millions who grew up with the original album and the many film and TV adaptations of the novel, and introduce Wakeman to a new generation of concert-goers, as well as his loyal fans. 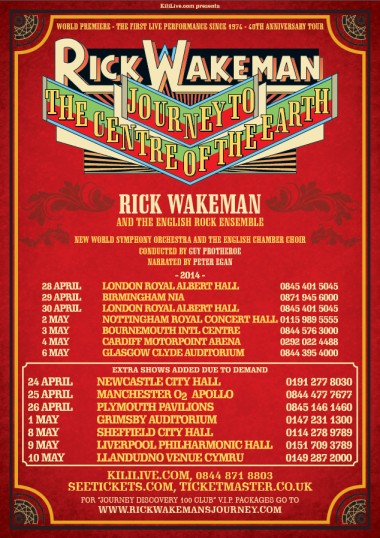