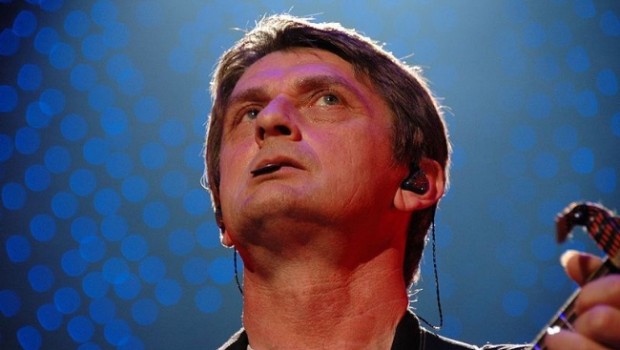 “Virgin EMI are delighted to announce Mike Oldfield’s first album of new material since 2008. Featuring 11 brand new tracks, MAN ON THE ROCKS is a deeply personal song-based album that reflects many of Mike’s different influences. Recorded in the Bahamas, Mike’s 25th studio album has been produced by Mike with legendary British producer Stephen Lipson (Jeff Beck, Paul McCartney, Annie Lennox). Man On The Rocks features players such as legendary bassist Leland Sklar (Phil Collins, Crosby, Stills & Nash, James Taylor) and drummer John Robinson (Michael Jackson, Eric Clapton, Daft Punk). Although Oldfield has worked with some of the world’s most famous vocalists in the past, here he has found an incredible young talent to interpret his words, Luke Spiller from the Struts.

Its working title, ‘Rock’ emphasises the album’s directness, heard especially on the guitar-driven ‘Irene’, inspired by the category 3 hurricane that hit the Bahamas in 2011. However, it is – as you would expect from the man who gave the world Tubular Bells and so much more besides – an album of great variance and contrast; from the commercial punch of opening track, ‘Sailing’, to the beautiful folk-influenced ‘Dreaming In The Wind’ to the emotional gravitas of its closer, a cover of William McDowell’s gospel song, ‘I Give Myself Away’.

Last seen performing at the personal request of Danny Boyle to a global audience of 900 million at the London 2012 Olympics Opening Ceremony, Man On The Rocks underlines Mike Oldfield’s status as one of the most singular talents to ever emerge from the UK. The recent 2013 BBC 4 Documentary . . . plus Tubular Bells – the story of Mike and iconic album – further enforces that fact.

“It has been a pleasure making Man On The Rocks with such a dedicated team of performers,” says Oldfield. “For a long period, I felt that I wasn’t going to record any new music again. But, after the elation of the Olympics and the explorations of my catalogue, I felt the time was right to return with this, one of my favourite albums to date.” 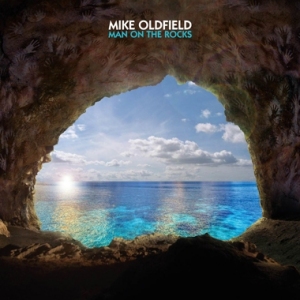 Side One
Sailing
Moonshine

Side Two
Man On The Rocks
Castaway
Minutes

Side Three
Dreaming In The Wind
Nuclear
Chariots

Side Four
Following The Angels
Irene
I Give Myself Away