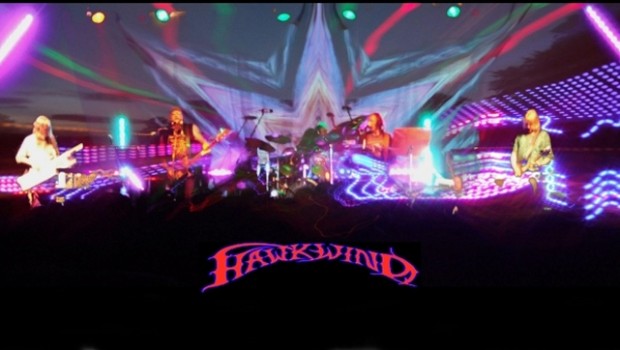 Hawkwind, who will be undertaking a short UK tour in November, have had to postpone their planned USA tour. In a statement on their website the band advise that the shows have now been tentatively moved to March 2014.

“As many of you will now be aware Dave was taken ill a couple of weeks ago. Doctors have confirmed that his condition is stress related, aggravated by the trademark dispute in the United States which could result in years of litigation.

After enduring a series of tests, Dave has been advised that it could be dangerous to his health to embark on a gruelling 14,000 mile tour at this time. After much discussion about possible ways forward, the members of the band have reluctantly decided that it is necessary to reschedule the dates to March 2014, rather than put Dave’s health at unnecessary risk. (New dates for each venue will be announced next week)

Whilst we understand this will come as a big disappointment to those of you who have booked tickets, as it does to ourselves, we are equally sure that you will understand health concerns must take priority.”