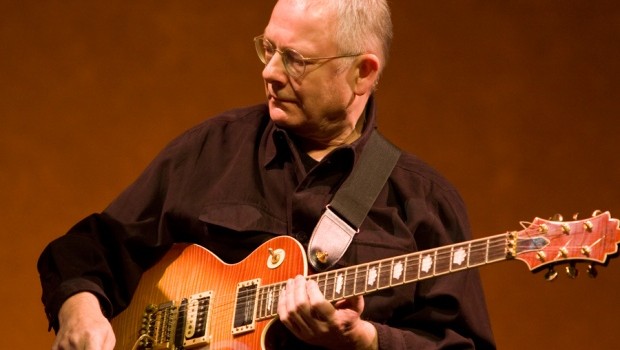 Writing on his (not yet published) dairy for September 24th Fripp notes “The Point Of Crim-Seeing was of a conventional Back Line – Gavin Harrison, Bill Rieflin, Tony Levin and Pat Matstelotto – reconfigured as the Front Line, with Mel Collins, Jakko Jakszyk and myself as Back Line.”

Robert goes on “All the Crims have expressed great excitement at the return to Go! mode. Given the considerable commitments of all members, it will take a year before Crimson is able to perform.”

Bill Rieflin mentioned to me that he told Jacknife Lee (REM and Robbie Williams’ producer) of the triple drumming, and Jacknife’s reply: Of course. We know what two drummers sound like! I’m hoping we’ll find out, and have a pile of fun doing so.”

In his (not yet published) diary for September 7th Fripp begins “dear brother crims, we have one year to prepare for action of the savage variety, and be in Go! mode for september 2014… but essentially, King Crimson is in motion.”

Robert expects that they’ll be rehearsing, in full and small group formations over that period.