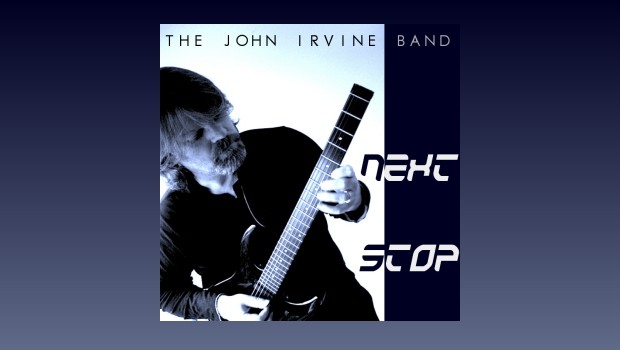 Scots based composer and guitarist John Irvine releases his second solo album on 23 September 2013. Next Stop follows up the excellent and critically acclaimed Wait & See from 2011 and sees Irvine teamed up once again with drummer and percussionist Alan Emslie and bassist Doug Kemp. Visit the John Irvine Bandcamp site to hear the album in full…

The John Irvine Band is a Progressive Jazz-Rock power trio from Scotland. Formed in 2011 by the composer and guitarist John Irvine with the aim of producing world class fusion, John is joined by the drummer and percussionist Alan Emslie and electric bassist Doug Kemp – creating a supergroup of epic proportions.

John Irvine has been pursuing his unique approach to guitar for many years, fusing elements of classical fingerstyle techniques with a strong harmonic and chordal sense that is highly original, marking his style as instantly recognisable and unique. His soloing style is expansive, fluid and from the heart; critics likening it to the best of Alex Lifeson, Pat Metheny and Allan Holdsworth.

Alan Emslie and Doug Kemp are highly-regarded musicians, with Emslie being an internationally in-demand timpanist playing with several of the finest European orchestras and ensembles. He also fronts his own Industrial-Metal band Plastic Noose and is the co-producer, with Irvine, of all The John Irvine Band albums. Kemp has forged a busy performing and session career in Scotland, providing the low end for several top acts.

ALAN EMSLIE recording drums for THE JOHN IRVINE BAND – ‘Means To An End’ from Snow King on Vimeo. 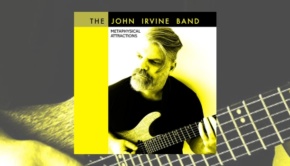 The John Irvine Band – Next Stop →