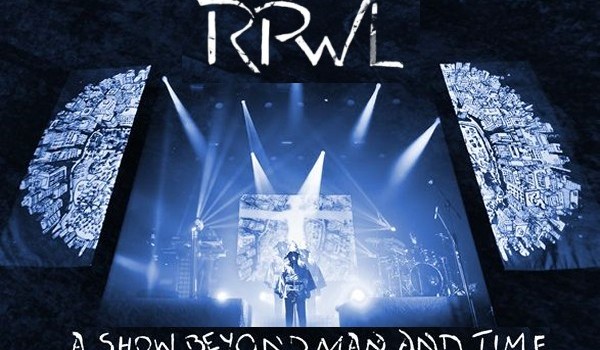 Metal Mind Productions will release a live registration of RPWL‘s show recorded in February at Poland’s Wyspianski Theater (Katowice).  A Show Beyond Man And Time will be released in two versions: DVD and 2CD formats and available from 3oth September in Europe and 15th October in the USA.

German art/prog rock band RPWL returns in late September with a brand new release. Their new live DVD entitled A Show Beyond Time features a special show recorded in February at Wyspianski Theater in Katowice, Poland, which was also the last complete performance of their most recent album “Beyond Man and Time” in Europe. The multi-media live presentation of this concept album with its stunning show elements and musical virtuosity – expect an outstanding experience! In addition to the songs from Beyond Man And Time”, the show includes several RPWL classics” and some surprises in the band’s live set like “Roses” – one of the band’s most popular songs performed together with Ray Wilson(ex-Genesis, Stiltskin)! The DVD will also include bonus materials such as an interview with band members.

And today you can see the preview of the DVD. It’s available on Metal Mind Productions’ YouTube channel in THIS [1] location.

The music of this German band definitely has its own style – modern yet also drawing from the best traditions of the prog-rock genre. All in all – brilliant compositions, catchy melodies, mature and intriguing sound! The band was formed in 1997 in Freising, Germany as a Pink Floyd cover band. After three years they started creating their own music, based on their experience from their cover band era. Glorious reviews after the release of their debut album “God Has Failed” (2000), a successful tour through half of Europe, and appearances at various festivals left no doubt – the band had become a must-hear of the progressive/symphonic rock genre. In march 2002, RPWL released a follow-up album entitled “Trying to Kiss the Sun”. With this album, the band emphatically shed off their reputation of a Pink-Floyd cover band and created a sound of their own. The band toured extensively through Germany and Europe, taking their shows to a new level with a quadraphonic sound system, which made their already huge live sound even more gigantic. Having published their album in the USA and South America, RPWL gained fans and recognition all over the world. In the next years, the band released the following studio albums: “Stock” (2003), World Through My Eyes” (2005), “The RPWL Experience” (2008). Beyond Man and Time” (2012) is their most recent album and it will make for the main part of their performance at Wyspianski Theater in Katowice.

RPWL – A SHOW BEYOND MAN AND TIME 2 CD DG