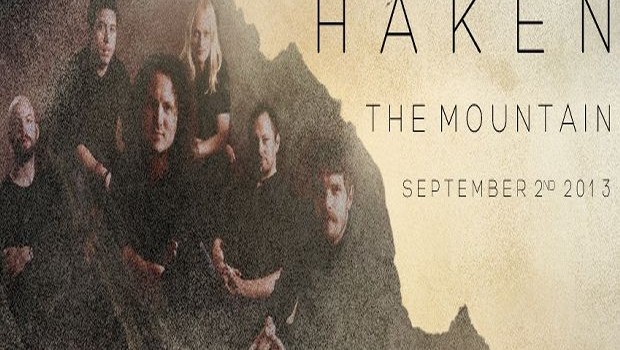 “London-based progressive metal band Haken have been working hard on their third album and follow-up to 2011’s brilliantly received ‘Visions’. Now the band is extremely pleased to announce that the record will be titled ‘The Mountain’ and is set for release on the 2nd September 2013 through InsideOutMusic. Richard Henshall and Charlie Griffiths from the band had this to say about the album’s release:

‘It has taken a huge amount of time and effort to get the band to where it is today and yet it still feels like the journey is just beginning. It’s very gratifying to know that all the hard work we’ve put in over the years is beginning to pay off. We really believe that alongside InsideOut we can achieve great things and aim to make the next chapter in Haken’s story a crucial one.

To us, ‘The Mountain’ is symbolic of our journey as a band, but also reflects the wider trials and tribulations of life. Lyrically, we’ve done a lot of soul searching which has given the album an emotional depth that we’re sure listeners will really relate to, whatever personal mountain they are climbing.

Musically, the new songs feel rawer and more emotional than anything we’ve created in the past. All the essential elements of our sound are still there but have been delivered in a more gritty and focussed style. We’ve really pushed ourselves in all areas and truly believe that this album is a step up from any of our previous work, so we are extremely excited about sharing ‘The Mountain’ with everybody.’

We decided to ask Jens Bogren to care of mixing and mastering, after being blown away by his work on albums like Opeth’s ‘Watershed’ and Devin Townsend’s ‘Deconstruction’. ‘The Mountain’ ranges from the delicate, to the brutal with everything in between and Jens handled the dynamic range amazingly well; we couldn’t be happier with the result. We’re working with ‘Blacklake Design’ on the artwork, so having the booklet in your hands when you listen will really enhance the experience.’

The band will play a number of shows in support of the release: