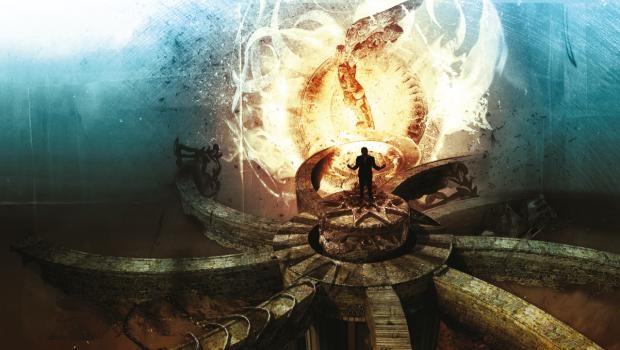 Nearly two years after the successful release of Nine Paths, Knight Area will release the EP ‘Between Two Steps’ on September 28th. This new release contains 5 tracks. Two of these (Forever Now and Dreamweaver) are new recordings of songs taken from earlier Knight Area albums. The tracks Bubble and This Day are radio edits taken from the 5th studio album, which will be released around the end of this year. Xerenity is an instrumental bonus track that will appear exclusively on this EP.

Singer Mark Smit: “Between two steps marks for us the beginning of a new period. With Mark Bogert we found ourselves a new guitarist, and Peter Vink has been added as bass player. This has given the band a thorough creative impulse. The sound of the band has changed and we are moving into a new direction. With this EP we want to show where we are standing now, and what our fans may expect of the new album.”

With a new logo, the band further expresses this new phase. The release of this mini album coincides with the band’s appearance at the second Progmotion Festival in Uden (NL). Beside Knight Area, also Profuna Ocean, A Liquid Landscape and X-Panda will take the stage.