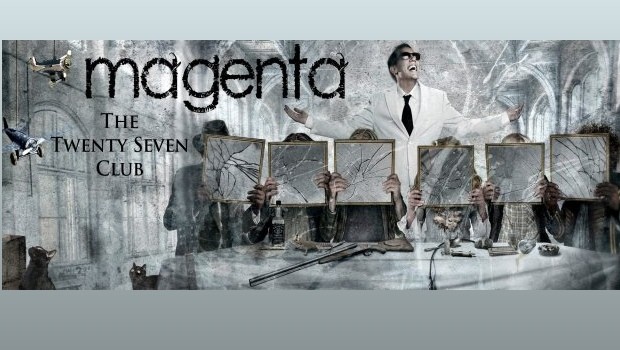 Ahead of the release of Magenta’s sixth album, The Twenty Seven Club, the band have produced a single version of the 12 minute mini-epic track The Lizard King.

“The new album has been five years in the making and I have tried to take the best elements of all the previous Magenta albums to craft the best collection of songs I could and I think this has been achieved and is a return to our progressive rock roots” says Rob. “Only a few people have heard the album thus far but all have agreed that this is the best Magenta album to date”.

The mainframe of the band Rob Read, Chris Fry and Christina Booth are joined Andy Edwards on kit.

“For the last few years I have been very keen to work with Andy. I was a huge fan of his playing when he was with IQ and Frost*”

The Twenty Seven Club will be released on 2nd September. See below for the single version of The Lizard King…