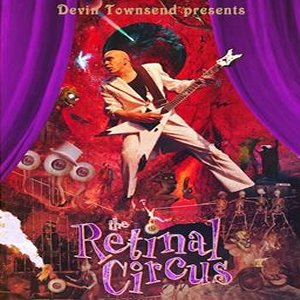 After releasing Epicloud last year to critical acclaim, the DEVIN TOWNSEND PROJECT will be giving fans a new DVD/CD set this fall, entitled Retinal Circus. Due out 30th September via InsideOut Music.

Filmed in October 2012, the Retinal Circus takes place at London’s historic Roundhouse venue and includes a three hour plus performance that spans Devin Townsend’s entire career. With a full choir and theatrical cast, visual and aural enhancements unlike any show Devin has done to date, several special guests, circus performances and more, this CD/DVD set is a must-have for any Hevy Devy fan!

For a preview of The Retinal Circus, for a live clip of “Grace” (featuring frequent collaborator Anneke Van Giersbergen) click HERE!